The great tamil poet Bharatiyaar called Mundasu kavi ( TURBAN POET) was born in ettayapuram, a place in Tamilnadu, India. He was born on 11th of December,1882. The great miserable man l, who lived only for 39 years really made everyone wonder and established himself only after his death. We all know THIRUKKURAL, the couplet verses written by Thiruvalluvar. It was published and translated in many languages and made popular on the world level. Bit due to less popularity of Bharatiyaar, his poems and essays were not known much. But If it happens, then his history would be limelightened. His precious verses would be understood.

Today on September 11 we are celebrating his 100th memorial day. After his death, his value was known to everyone and his poems were given in textbooks of studying students too.  Before realizing the world he lost his mother, while realizing the world he lost his father. The gloomy life started. Before marrying Chellamal, he married poverty and hence faced the most difficulties in his life.  Later he had a daughter named Yadhugiri. And his daughter, fascinated towards her father’s poems and essays, started gathering and publishing it at the age of 11 itself. Many of Bharti’s poems and scripts were protected and published by his daughter. But Yadhugiri, Bharti’s daughter, died soon, before publishing many of Bharatiyaar’s books.

Bharatiyaar and Chellamal had a struggling life with poverty. But his poverty and gloomy life was not reflected even in one poem of him. His grace and speed and attitude encourages everyone who learns that. More peculiarly, his poems were inspired and motivated in his verses. Because in those days, they were kept inferior and not even left out for education. He often says, keep on trying. There is nothing that rejects the efforts.

He was not limelightened much. But now he is being given importance.

Independence, the word would pump the blood of the readers. Yess. We would expect independence and freedom in everything. And even from our own parents we expect thinking that they are restricting us. But what about the one for the whole country. He struggled, went to jail because he was struggling for independence of the country, the dry stomach, dry life but fresh words. That is Bharati’s.

No laziness or tiredness in words. The one who learns the poems and essays of Bharati would never be fed up in his life. Apart from the poems of love, imagination, nature, none explained the reality through poems. But Bharatiyaar did. He broke out the grammar restrictions kept in poems, and wrote Tamil poems that are easily understandable even for illiterates.

Women empowerment, educational importance, need for vast knowledge, everything he explained before a century. And many don’t know the same even now. He worked as an author and editor in many magazines. In India and for India and independence he spent his life. He believed that written words can spread any message deep into the heart of readers.

Some of his words for inspiration:

Such a great personality was attacked by the temple elephant and lied in the bed. Our Mahatma Gandhiji of India came and visited Bharati and advised the relatives and friends of Bharati that he must be taken care of and kept well. But unfortunately his life was stooping. In a few days, he quitted the world. The age is 39, but his works equal to that can be written for 300 Years. Great people never experience the world for much time. But get the same experience in a few days.

The Mahakavi’s (Great Poet) funeral procession was accompanied by only 14 people. The saddest thing is that he was not given importance at his death on September 11, 1921. Even the own country discouraged and teased him that independence is like a mirage and why are you struggling for it. It cannot be achieved.

But before getting itself he wrote in his poem that Freedom thirst is there and Freedom is the only happiness that I get. But he didn’t have even a sip of it until his death in 1921. Let’s spread his smell and have courage like him and inspire people with his inspiration. 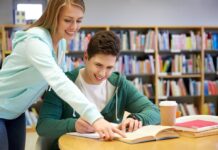 Learning in the Face of Adversity: Issues in Social Education of the Personality How to Clean Evaporator and Condenser Coils in Your HVAC System A heavenly manifestation at Ellora Caves