Malaysian airlines flight 370 ,also known as MH370 was a passenger flight operated by Malaysia that departed from Kuala Lumpur international airport on 8th march 2014 and was supposed to land at destination Beijing capital international airport, China. As soon as the aircraft took off , within an hour the air traffic control lost its contact with the pilots. The aircraft went missing and later on all the passengers and the crew were presumed dead. The flight accommodated almost 240 passengers, mostly residents of Malaysia and China, 12 Malaysian crew members and 2 pilots (Captain- Zaharie Ahmad Shah and first officer- Fariq Abdul Hamid ). Before 2014,many incidents took place in Aviation history but this was known as the deadliest of all, where the actual aircraft went missing from the sky and until it was suppressed by the accident of Malaysian airlines 17 which happened in the same year after four months of MH370 disappeared, the MH 17 was shot down and all the 280 passengers with 15 crew members were killed.

The Malaysian ATC started its research and later gave information that the aircraft could  have possibly landed in the southern part of Indian Ocean as confirmed by the radar contact. Later on many departments started their research in the area and found some evidence that could relate to MH370.

The search was coordinated by a joint agency coordination centre that primarily involved Malaysian,  Chinese and Australian government. The official search for flight 370was proved as the most expensive search operation by aviation history. Many different areas and islands were researched by the Australian and Malaysian government and they could find many evidence of the aircraft but this still remains a mystery of how this parts are scattered at different places while the plane crashed at one .

By October 2017, twenty pieces of debris were found that were likely to originate from MH370 says the investigation departments. The other research done by Malaysia and France tell us they found a suitcase with airline security tag, a Chinese water bottle and an Indonesia cleaning product near the area where the plane crashed.

The disappearance of this passenger aircraft led to big multinational search in the southern Indian Ocean that became the most expensive search in the aviation history.

Malaysian airlines had a devastating impact on finances after this incident. Some reports tell that the airline is still in lost from some three or four years. Weeks after the plane crash when they  could not find evidence, officials decided to do deep sea research and all the surface missions were suspended. China and Australia raised this mission with Malaysia there after.

The impact of two airline accidents within a year was a great loss to the tourism and airline industries in Malaysia. It became a topic of concern that widely affected the tourism sector. The accident of  MH370 gave a dramatic impact on Malaysian stock exchange. As most of the people in the aircraft were Chinese this triggered criticism in China against the airline.

The poor management by the government was blamed for this, bloated work force and all this caused great impact on the industry exploitation. Other reports say the airline’s China routes are important sources of stock exchange and earnings but thousands of Chinese cancelled plans to visit Malaysia after MH370.

Several myths were posted on what happened to the missing Malaysian aircraft that vanished from the sky, such as the flight remained in the air for some five hours after they lost contact with the air traffic control but this statement was dismissed by the Malaysian airlines as they said that it did not fly for hours after it was tracked and indicated that everything was normal.

One of the myth reported two terrorists boarded the flight with fake passports, they were believed to have fake travel documents and this was again dismissed by Malaysian police that those men were Iranians and not likely to belong to any terrorist group.

A very popular myth was heard when the Vietnamese aircraft spotted a object that looked like an aircraft door in the southern Vietnam. Later Malaysia’s civil aviation chief gave the statement that they found nothing be it the aircraft or its parts.

After some months of the plane disappeared oil slicks were spotted near the crash site of MH370, likely to be connected to the aircraft told the chief of the search mission but the analysis of the oil samples showed that the oil was not the airline jet fuel but the fuel used by the ships said by the navy in Kuala Lumpur.

This incident is still a mystery to the world and the Aviation industry. They have not been able to find out whether this was a place crash or a terrorist attack. Other researchers could not find the debris or any other evidence other than the ones mentioned above. This incident can be called an act of terrorism but not proven yet. It was a shock worldwide and became a carrier for exploitation of image of Malaysian corruption plagued government. After 2017, they closed down most of the researches in the area and this mystery still remains unresolved. The best school in Hyderabad 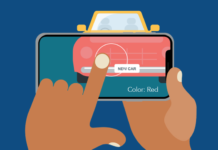