“You must not lose faith in humanity. Humanity is an ocean, if a few drops of the ocean are dirty, the ocean does not become dirty”

The human brain is all agog to unfold unexpected secrets of nature and derive benefits from them .Day in and day out we get to know about splendid discoveries made by our scientists. The effort they put in their work is worth praising, but a question that arises in the midst of the current social situation is that “Are we forgetting our humanity in the midst of these discoveries and converting ourselves to be a part of the machine world?”We have forgotten how to live a life. The situation has changed from “gadgets to live an easier life”to “life for making gadgets” .Now people are not concerned about a happy life but a life of comforts and wealth; comforts not for themselves but for a show off.

According to the present scenario, the development or rather invention that has changed the social structure –the creation by the brain washed human mind is that of the old age homes or “Vridh Ashram”. Yes, everyone might me surprised or rather uncertain about the fact that how a “Vridh Ashram” that had been created for the welfare of old people, turns out to be an apple of discord. To be true, it is not that Vridh Ashrams are a bane; it is our mentality that has turned it into a bane.

Creation of a Vridh Ashram

Earlier Vridh Ashrams were created for those old people who were alone in their old life and required someone to share their feelings with .So such types of elderly people were brought together so that they could get rid of their lonesome life .But the people or rather ‘the sons and daughters of the present generation’ find Vridh Ashrams to be a place to get rid of their responsibilities they owe to their parents. This fact has to be made clear to the people Vridh Ashrams are not for those who have a family-those who have spent their lives ,sacrificing their wishes for the sake of their children’s better future; it is for those who do not have anyone to take care of them. Old people should not think, “Oh, I’m sorry I forgot; only exist when you need something”.

Indians are widely known for their customs and traditions. Indian festivals aim at uniting the people. If we peep into our grandparents’ family tradition, we will get to know that living in a joint family was encouraged at that time. This created harmony not only among the family members but also among the neighbors and relatives but everyone back then were considered a family. Sharing and caring was prioritized. The household was lead by the eldest member of the family-“the karta” and everyone was bound to respect his decisions.Youngers respected their parents and parents had a control over them till death. The term “Vridh Ashram” was unknown to the people back then. The idea of family back then was “Families are like branches on a tree, we grow in different directions yet our roots remain as one”.

The current picture of Indian houses has changed .Now believe consider nuclear families to be a better option amid the growing expenses. As a result the attitude of sharing and caring among brothers, sisters and friends has changed resulting in increased selfishness and greed. The growth of these feelings is such immense that it has affected the relationship between parents and children too. Now the term “Vridh Ashram” is common in our day to day life and is found in almost every area. Everyone is aware of it-either they have faced it or are going to face the same in the future. “Weapons aren’t much of a threat today, compared to families of the world going nuclear”.

Gradual transformation from old scenario to the present

The changes began due to the problems of adjustment between the mother-in law and the daughter-in law. The sharing and compromising attitude having vanished resulted into a situation where every house started living a cat’s and dog’s life. In order to find a solution to this problem ,primarily the mother in law and father in law created a separate kitchen in the same house. Gradually due to old age when they started getting sick with no energy to even make their own food, they became a burden for their children and the children started to find an alternate solution to get rid of their parents. They deliberately tried to throw their parents out of their own house.The parents having no choices left moved to nearby mandirs or old age homes in search of shelter. Now children have found old age homes to be an opportunity to get rid of their parents. “When your purpose is lost, your importance is lost and you become a burden”.

Examples of the fact that humanity still exists, is provided by the yeoman service of Mr. GP Bhagat-the person who rejected the offer to live a lavish life abroad and in currently managing “Guru Vishram Vridh Ashram” by his own earnings. He believes that it is our moral duty to take care of our parents at their time of need. His father, who is 94 years old is his inspiration and supports him in his work.

In an interview, he said that the parents, who are sent to old age homes are generally from well to do families. Their children torture them for money and leave them after transferring their properties.Some even try to kill them. Having several diseases in old age is common, but leaving our parents is not a solution to that problem.Mr GP Bhagat tries a lot to make people understand this .There are some people who even offer 10,000-20,000/- per month to him and ask him to take care of their parents. This is  a shame for us that an outsider can take care of our parents-who showed us the world, but we ourselves can’t. “Your parents showed you the world and you showed them old age homes”.

Although the government is creating laws to safeguard the interests of the old people but it is our duty to cultivate that respect for elders which once existed in our society. The life we lead now is fake, it is only to show others we are happy but are actually not. If this problem isn’t solved now, it will create more problems in the future. Actually it is not a problem but our incomplete human nature-we have forgotten to be humans. Most importantly we are forgetting the fact that our next generations are going to do the same with us as we are now doing to our parents. Not only sons but also daughters are doing the same-rejecting their parents. Did our parents ever reject us? Then why should we? We need to stop being selfish and understand the true reason for creating a Vridh Ashram-to get rid of loneliness, because “There’s a natural law of karma that vindictive people, who go out o their way to hurt others, will end up broke and alone”. 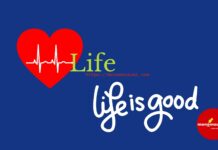 What is the Meaning of Life According to Positive Psychology ! 9 Simple Tips that Make Learning How to Ice Skate a... Reasons to Pursue Photography as a Hobby The car that everybody desires – 2020 Kia Forte