When Chinese Xi Jinping comes up with one of China’s most ambitious Master Plans toward the top of 2013 that’s a trade route Economic Belt and also the Maritime Silk Road and this sought advice from the united Belt One Road (OBOR). It includes an altar motive behind it. China plans to counter India at the North East frontier, to prevent US influence in South East Asia and beyond. Lastly have an alternative route just in case war broke out with the US and its allies.

This Plans is considered one of the largest plans within the 21st Century. China now could be one of the Super power nation within the world, economically strong, technoligly advance, sophisticated weapon and strong army. China’s main aim to create sure their present within the world may well be felt by countries such as USA, INDIA RUSSIA and European block This China’s adventurous new foreign and economics policy is a development strategy to have link with Central Asia, Europe, and Indo- Pacific countries.

The Objectives of China behind this Plans is to push for a much bigger role in global affairs and expand its network counties. With this investment in OBOR it will bring economically motivated and produce trade benefit to the host country and also the project in future and intended to serve friendly diplomatic, economic and strategic reason. China’s is more concern of its supply Chain if war occur and thus OBOR plans will help China’s  supply running with little disturbance since its have alternative routes of connection with difference countries. This Marshall Plans per analysts that’s is infrastructure investment is to facilitate more movement of its People’s Liberation Army deployments within the Indian Ocean and beyond.

The main treat to India is the proposed China Pakistan Economic Corridor(CPEC) which connect Kashgar in Xinjiang in China’s far west with the Port of Gwadar within the province of Baluchistan via a network of higways, railways and piplines. This project would help China to move energy resources like petroleum from Middle Eastern countries to China via a land route through Pakistan. This corridor is an addition of China’s trade route initiative. Per  China this project will help Pakistan economy and boost infrastructure development with the guidance of China with strong financial backing and expertise. But most of the countries China’s developed with close door, with no personnel allowed to entry the premise without guidance of Chinese official so how the local can learn from China’s expertise is a question. China’s is building Port of Gwardar in order that their Naval and submarine can use during conflict. This will weaken India influence with its neighbouring countries since China is countering the strategies of India in North East region and is keen on its present in North archipelago which China claiming its own territory. This definitely have a security impact on India. This Plans is in favour to China since its have treaty signed of billions dollars project and eventually, these countries are going to be debt ridden and that they are going to be make up  China hand.

India should consider affixing OBOR as an instantaneous member since OBOR comes at a price to Indo- China bilateral relations since its key component, the China –Pakistan Economic Corridor is patently illegal. It passes through Pakistan occupied Kashmir on its way to Xinjiang in northwest China. A self respecting country cannot come up with such violation of its sovereignity. India knew China’s attention of trying to encircle  with ports surveillance posts and naval bases building at neighbouring countries. China engages in hostile activity  and India is safeguarding its interest by not aligning with OBOR. The project only connect with China but no countries to  one other beyond a specific point. There are not any economic gain for OBOR countries , only losses such as huge debt. Once the country is in problem , the bribing of leaders will happen like state.  OBOR has only losses and no gains, for a growing and economically as well as socially progressive nation like India. OBOR means aligning with China in flagrant violation of Indian  sovereignty. China has twice veto against Indiawith in the UN regarding Terrorist Masood Azhar and Nuclear member within the UN.

India should step ahead to counter China’s move by different approach and India has already started to oppose CPEC, with Japan. India and Japan are working on various infrastructure projects in Africa, Iran, Ceylon and South East Asia. Japan and India will help Iran with the Chabahar Port and its help India to expand the Trincomelee Port in Sri Lanka. At the identical time, they’re developing Dawei Port along Thai-Myanmar border. The benefit in joining OBOR is it can get more energy. Energy is important in development so to counter this, Indian government is functioning lots in developing clean, renewable source of energy for the country which will benefit within the long run term. India and Japan form AAGC which  more toward human resources development and capacity building. Japan aim is to deliver quality infrastructure rather than focusing only on trade and economic. This will be both way of communication between Asian- African for the 21st Century and not just Asian century. therefore the approach between China and India is different as China more on infrastructure and cash diplomacy openly on economic and investment between the countries to win diplomacy in favour. India should play its card by having good diplomacy with Nepal and Bhutan since these two countries are not with OBOR.

As India is conscious of what’s behind the full picture of those strategies and initiative, it’s not possible India joining OBOR Membership. India should signify what’s good and constructive for the country and the welfare of the neighbours also before making final decision or too late later in their brave stand. 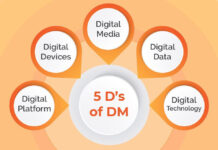 Top Brand Consulting Firms: How to Choose Best One