The athlete described in this article is a non-famous Olympic athlete. Although he is not outstanding in performance, he has made history for his motherland and has left an immortal chapter in the swimming field forever. His name is Musambani.

The Musambani family lived in a wooden house in the slum of Malabo. Not long after the fourth sister was born, his father passed away and he became the only male in the family. The episode of destiny appeared in January 2000. In order to allow athletes from underdeveloped countries and regions in sports to have the opportunity to participate in the Olympics, the International Olympic Committee specially formulated an Olympic development plan, and Equatorial Guinea was awarded a place for the men’s 100-meter freestyle.The unusual announcement on the radio caught Musambany’s attention: “Equatorial Guinea will participate in the Sydney Olympics and is now recruiting contestants from all over the country. If you have expertise in Olympic events, come and sign up!” Musambany was very excited. Curious about what Sydney was like, so he went to the Swimming Association to sign up the next day, a new organization temporarily established by Equatorial Guinea to participate in the Olympics. When an official from the Swimming Association asked Musambani if he could swim, it was a basic but embarrassing question. His mastery of swimming is only basic posture.

Musambani obviously could not represent the highest level of adult male swimming in Equatorial Guinea at that time, but because no one else signed up and he had a very high enthusiasm, he still embarked on the journey to the Sydney Olympics. According to the standards of the Olympic Games, Musambani’s swimming style not only has no advantage, but even made a fool of himself. In order to prepare for the Olympics, Musambani was allowed to train in a hotel’s private swimming pool three times a week, each time from 5 am to 6 am.

Finally, the opening ceremony of the Sydney Olympics is imminent. There are 11 members of the Equatorial Guinea Olympic delegation. Musambani hugged and said goodbye to his family and boarded the plane with his luggage. The box contained brand new swimming trunks and goggles, which he bought in the supermarket the day before departure. As there was no direct flight from Malabo to Sydney, the delegation went to three countries and did not arrive until the third day after departure.After hearing the sending whistle, he instinctively paused a bit. According to Musambani’s own judgment, the 50 meters in the first half was his best performance, because he used almost all of his strength in the first 50 meters, and his movements were barely out of shape. The audience in the audience was thinking in their hearts that this black boy might set an extremely embarrassing record in the history of the Olympics, such as being unable to complete the journey. In this way, at 1:52.72, the Olympic Games men’s 100-meter freestyle slowest record was born. How slow is this record? That year’s gold medalist Hoganbande 47.84 seconds, Musambani’sscore was enough for him to swim two back and forth and then go ashore to wipe his body. But Musambani’streatment was no different from the gold medal: the entire auditorium was completely boiling, and many spectators spontaneously stood up from their seats and saluted the exhausted black guy with thunderous applause.

Afterwards, the young man’s Olympic spirit touched everyone. Because the most important thing in the Olympics is not to win, but to participate; the essence of the Olympics is not to conquer, but to go all out. Just when people took it for granted that he would choose to become a star after receiving unprecedented attention, he resolutely chose to return to China to form his own country’s real professional swimming team. Not only that, in 2004, with the help of professional coaches, Musambani had improved his 100m freestyle performance to 56.9 seconds. Regrettably, Musambanimissed the Athens Olympics because of the lack of a photo on the pass. But all this did not stop him from moving forward. He became the coach of the national swimming team of Equatorial Guinea, dedicated to cultivating a true Olympic champion.

How does video conference affect the cultural sphere?

7 Reasons Why You Should Watch “Shershaah” Poem: In Search of Love 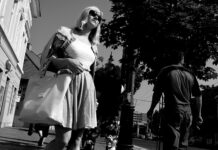