Essay contest topic based on mystery is quite popular. “The mystery of life is not always a new stumper for us to be solved, but it’s an unknown reality to be experienced”. Mysteries can be as small as a silly secrets or even complex enigmas such as The Island of Dead Dolls. In a human mind mysteries have many different definitions. For instance, in a little child’s mind the biggest mystery in about eating chocolates without his/her mother’s permission, for any teenager it’s their exam’s results. Like this, all people of all ages have their own mysteries.

Sometimes, mysteries are kept due to negative reasons and this results in causing depression in the person’s mind. We in our daily lives experience many serious mysteries around us related to politicians, thefts and murders. For instance, Arushi Talwar murder mystery (2013-still), Jack the ripper(1888),The Gardener museum heist (1990). These mysteries are the actual realities to be experienced. These are mysteries which actually reveal the condition of our society and justice system.

The enigma of ‘the Bermuda Triangle’is world’s greatest mystery, in which the loss of many lives and property occurs every day. These were the instances in which we discussed about the present situations, even if we open the closed books of history, we can find many such enigmatic stories, one such is of King Vikramaditya. It is said that he used to go out of his palace each night for a vampire.He was ordered  by a sage to bring the vampire from the woods for him. Also there are numerous mysteries related to mommies and pyramids. There are many such historical enigmas all around us.

We from our childhood are listening stories by our grandparents about enigmas and mysteries which makes science think harder even today and they are, according to the folklores due to some great curses or boons. Even today they are actually effecting us. Such as, that of the Phalgu river, which is dry and even if it rains heavily it does not fill, due to Sita’s curse; also there is a heavy chunk of a rock in Mahabalipuram, Tamil Nadu, which is known for its amusing stability. It is situated on a small hill’s top which has gentle slop but it has never fallen from that height. It has gone through many natural disasters but it hasn’t moved or changed its position even a pea sized. These all instances are seen by natives and are truly shocking but real!

Leaving all these if we read the novels by our great authors we too can come across many mysterious stories. Such as that of Ruskin Bond’s ‘Susanna’s seven husbands’ or ‘the Haunted Cycle’. In both the stories the author has seen and has also came across thesemysterious acts.

The nature itself has sundry mysteries. A number of incidents are adduced to explain the above statement. One of them is of the extinction of the dinosaurs and dodos or that of the human mindetc.

There is no other mystery that is greater than our human mind. Its complex design, working pattern is just so amazing that nobody is still able to solve it. Our brain with the help of technology solves great to greatest mysteries but nobody can decode it’s mystery. Our brain itself has solved the mysteries of DNA, plant life etc., and has given many reasonable debates to the unsolved ones.

Mysteries are the mother of invention

“Mysteries are the mother of invention!”. Mysteries in some or the other way lay the foundation stones for new innovations. The need of new and advanced technology to solve the unsolved enigmas!New innovations are the ones which help develop a country’s base and give it a new position and venture in the world economy.Without some amazing hidden paradoxes their will be least of the innovations.

The recent mystery that has given a stumper to the scientists all over the world is of the COVID-19. Its originis a million dollar question. Even the vaccine is to be discovered for the virus. This is one of greatest necessity for the world and a reality to be really experienced. This mystery will change the future of any country if solved.

Thus, through this essay we came to know about the fact that a mystery can even change the face of any State.

To conclude my essay for the International Essay Contest, I would like to assert the statement that, the world is full of numerous mysteries. Some solved and some are yet to be seen by the world. The ones discovered till date is just the beginning of new mysteries to be unravelled.

IS JANUARY 1 DIFFERENT FROM ANY OTHER DAY?

WHY IS IT NECESSARY TO HAVE A HOLIDAY BREAK BEFORE KICKSTART NEW YEAR?

Best Restaurant Management Software Tips You Will Read This Year 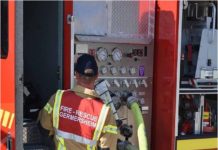 Factors to Consider for Routine Maintenance and Testing of Fire Equipment WHEN REVISING AN INFORMATIVE ESSAY