An essay is one of the most essential parts of our studies, as well as our careers, as they help us share and express our ideas, develop our writing, reading, organizing skills, etc. Additionally, when a student does research on a certain topic, he or she gains more knowledge about anything, which helps to broaden their outlook.

Written According to Rules

But it is exciting that some of these essays have to be written according to rules like fonts, sizes, spaces, and so on. Why?

Because fonts are the first attention-grabbers. In addition to this, they can create a mood and atmosphere for a reader and are also able to increase the readability of our works, empower a reader to interact, and make him or her feel more trustworthy, friendly, or aspirational, which means that they have psychological effects. The most interesting fact is that it has relevance to how long it takes to read the article. According to some tests, sans serif, monospaced, and roman font styles significantly improve the reading performance over serif, proportional, and italic fonts.

So, what fonts do we need to use and which ones are recommended for essays?

Firstly, the most suitable font for all types of formal essays is Times New Roman. Because it is being used a lot for all essays and it is widely believed that it is the best font. The greatest advantage of Times New Roman is the economy of space. The font readability (size 10pt) is 7.45 percent faster than the Verdana font (8pt), 40 characters per line, 120 percent line distance.

The font Calibri has almost the same fame as Times New Roman. Calibri is a Sans font, as well. It has benefits like: it is not non-standard, easy to read, friendly for mobile phones, best choice for resumes, default font in Microsoft Word, warmer and more friendly style, one of the least ink-user fonts, grandview and comfortable. But it does not mean that all this font has only merits. It also has such disadvantages that it is very forgettable and not so exciting. However, it is widely used by digital companies that create webpages.

So let us continue choosing the best fonts for our essays. Another great sans serif font is Arial. It is the default font for Google Docs because of its amazing features. Arial has far more readability than that great font, Times New Roman. It is also prone to using less ink, which creates a chance for it to be economically friendly. Arial is a family of fonts that are incredibly adaptable and can be used successfully for both text setting in reports, presentations, periodicals, etc. and for display use in newspapers, advertisements, and promotional materials. The best size for this type of font is 12pt. Furthermore, it is one of the seven most readable fonts, which also include ones called Helvetica, Tahoma, Calibri, Verdana, Times New Roman, and Century Gothic. Unfortunately, nowadays Arial is being tremendously criticized because it is a poor copy of a pattern that is no longer mainstream.

You must really be familiar with Cambria if you have ever worked with MS Word. It was launched in 2004. If you don’t like Times New Roman, this is a fantastic alternative serif font. Cambria is frequently referred to as a classic design. It’s an incredibly gorgeous typeface, and I have absolutely no doubt that you’ll like that one. The most important benefit is that it is very hard to find disadvantages of the font.

Georgia was created exclusively for the screen of a computer. Contrary to other serif fonts like Garamond, Baskerville, or Times, which were all created only for printed paper, this one is a serif font. Better readability can be found. Students who use Georgia font for their assigned tasks, papers, and theses consistently report having received higher grades and test scores. Georgia script is one of the most widely approachable of all, having been a fundamental part of the Microsoft Operating System since the 1990s.

Helvetica is yet another excellent option in the Sans family of fonts. Helvetica is used by a lot of businesses, including Panasonic and the New York City subway advertisements. This typeface is more sophisticated than our earlier ones. One of the most exquisite typefaces on our list is unquestionably this one. You are not going to regret using it. Its lack of rhythm and contrast, as well as its tight spacing and regularity, pose serious comprehension and legibility limitations.

As you can see, there are a variety of fonts accessible for you to choose from when writing your essay. Nonetheless, the typeface alone is not enough. You must use a typeface that is simple to read and at a size that is sufficient. Furthermore, the content you’ll provide in your essay is far more significant.

As Fresh as Newly Opened Wine

FIRST OF JANUARY:-THE RAY OF HOPE

For the Kindred Spirits: Anne of Green Gables 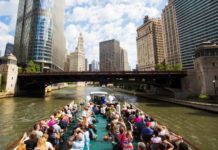 Customer Experience: The Pulse Of Any Online Business

Personalization – The next marketing paradigm is here

HOW TO WRITE AN ESSAY FAST & Easily