“The role of the United Nations is to set the mental clocks of the world leaders from past problems to the present opportunities and from local power mindset to global welfare mindset.”

In present times, the globe is grappling with Islamic Fundamentalism and violence due to multi-ethnicity. Unilateral interventions in other countries by the United States and western powers will make the predicament even worse. What if our world gets collapsed due to penury, social, and climate issues? Is there any organization that bonds together all the countries to work for the prosaic objectives of community interest? To build a healthier world, we need the United Nations. UN* was set-up to replace the hitherto structure of the League of Nations as it was barely able to obviate such rampant wars.

Moreover, only UN-backed mediation should be carried out when the world is making a transition from unipolar power to a multi-power world. Practically every country you have ever heard of is undoubtedly a member of the U.N., there are 195 sovereign states as part of the UN. Existing Secretary-General of the UN, and the ninth occupant of the position, is Mr. António Guterres of Portugal, who took over headquarters on 1 January 2017. The UN is headquartered on world-wide territory in New York City, USA. The contribution of the UN to world peace started since its inception in 1945. India is a founding member of the United Nations, signing the UN Charter, along with 50 other countries, on 26 June 1945. The organization is sponsored by evaluated and voluntary contributions from its member states. Consequently, for the maintenance of world peace and security UNSC* plays a substantial role. However, UNSC’s functioning to a great extent has been criticized, as one of its five permanent members has always put its foot down on issues concerning the world’s harmony and security. UNSC has chequered success in its endeavour to establish tranquillity. The cold war, which prolonged for almost four decades was the proxy war wherein the entire world was divided into two ideological camps. The efforts of the UN to a certain extent were triumphant because the two powers never went face to face on the battlefield. But the acrimony left many other countries bleeding profuse viz Korea, Cuba, Vietnam etc. Similarly, in the Sri Lankan civil war, which went on two decades, UN interventions met solely through partial success. During the liberation war of Bangladesh in 1971, mass-scale genocide, and rape took place was catastrophic. To achieve an immediate ceasefire between Indian and East Pakistan forces, UNSC passed a resolution for solving these issues but still felt despondent. In the perpetual Syrian Civil War, an organization for the prevention of Chemical Weapons [OPCW]* was awarded Nobel Prize in 2013 and 2015, by mediating a ceasefire between warring parties. The Nobel Peace prize to UNPK* was given for volunteering to serve in war-torn countries and their constant efforts in rehabilitating refugees displaced by warfare. Furthermore, the UN has been a catalyst for change in the realm of disarmament. UNODA* aims to the abatement of weapons of mass destruction, illicit arms trafficking, and burgeoning weapons stockpile. Nevertheless, the UN attempt to rejuvenate peace has also failed in two missions deplorably. ‘Srebrenica genocide’, which led to cleansing ethnic and killing over 800 Bosnian Muslims, however, the UN failed to prevent the massacre, which is characterized as the horrendous crime since WW II.

The United Nations has made many accomplishments since the accord made in 1945. The endeavours of the UN evaded end the apartheid in South Africa granting the citizens of South Africa equal involvement in the Elections of April 1994 pursued by a consensus in electing a form of government. 90 percent of children in developing nations attend school and 60 percent of adults in these countries can interpret and write downturn. UN ‘s work and the struggle to enhance education in developing countries has attaining consequences. More Than 300 international treaties have been established through United Nations attempts to bolster international law. The universal objective of the United Nations was in uniformity with that of the League of Nations. Its composition and functions too are incongruous with its forerunner. Same goes with its primary organs and related organizations. In some regards, nevertheless, the UN constituted a very distinct organization, concerning its intention of preserving international peace and security and its dedication to economic and social advancement. For the potential, the UN has launched a set of objectives that it calls its Millennium Development Goals. Most of its member states and various international organizations have all come to an agreement to attain these goals linked to lowering poverty, child mortality, fighting diseases and fostering a global partnership in terms of international development by 2025. Some member states have reached numerous the level of agreement’s goals while others have achieved none. However, the UN has been effective over the years and only the upcoming can tell how the true fulfilment of these aspirations will play out.

Today’s peacekeeping requires a political consensus among security council members. Troop contributors and secretaries need analysis on the cost, limits, and dangers of operations in the high-risk environment. In these tough times, we can join forces and chase the adage according to the UN ‘This is your world’. 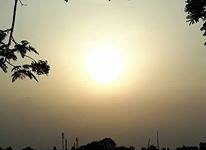 The Queen of Nothing (Poem)