“Yeah, actually it does make sense. Oh! So? What do we do now? It means that our person is a murderer, and a criminal–” she cut me through,
“A very wanted criminal.”
“Yeah, right. So what are we going to do? What’s the plan?” I asked. Starting to think.
“First of all, we need to get some info about the gang leader. Through that we will get to know something about our murderer too. That way will be easier. As we don’t have any clue of the murderer. So, let me get my laptop. Come up, to the attic.” I followed her.
She started typing. I knew that I had to keep quite while she is trying to hack, the thing, whatever thing to get some information. But it was like impossible to do that like always. She started murmuring. As she always does when she is concentrating. She said, earlier that it is required, as she has to remember all the digits and data, etc. Whatever. I really don’t understand a thing. Anyways. Now she again went quiet. I started taping my foot on the ground. I am impatient. Just like her. This is again a similarity. Whatever. She threw me a dirty look. Which forced me to stop. After a few minutes which seemed like hours to me. She finally smiled,
“Got it! The user name is Ch125. Who can be that?” She asked, and a cold feeling started rushing through my blood. I said,
“Christina.” Her smile disappeared. She had momentarily forgotten that we were looking up for a super criminal. And not any normal school guy.

“Oh gosh! Oh no, really? I mean okay. Right. Yeah it makes sense. I think she was in the back yard when we came. You know, when we rang the bell. And Maybe Chloe did not see her. When the bell rang, she might have noticed that it was her duty to get the door. So, she had to go all the way to the backdoor, and then again cross the hall and then come and open the door. So that’s the reason she was late! Oh no.”
This is bad. Very bad. Uh…. is it really Christina? Or it’s just, no I know her user. There are two. One is this the other one is Aa Worker. Someone had to be it. It was her she was our man. —Or woman, whatever. I asked,
“We need to tell this to someone. Right? Or…… should we keep it a secret? And solve it alone? —-” a beeping sound came over from the laptop. Ray’s eyes immediately moved there. The screen was filled with many digits, numbers, words, letters, dates. It was a little panicky. Cherry’s burrows furrowed, and she muttered,
“Not again Christina…… no, no, no, um………. okay, aha!” And then she smiled mischievously. “What?” I asked, again impatiently.
“Heee, we got the date!” Cherry said,
“Date? What date?” I asked, again,
“The next smuggling date! Today!” She replied,
“Wha—oh! My gosh! No, what!? Really? Wow!” I replied. Okay! So, now we got a way, in front of us, and we are on it!

Cherry
It’s evening now, and a bit dark. Not much. We both are cycling to the spot. We had decided to go at the place where the next smuggling was going to take place. It was at the 15th street, near parkway village, one of the very bad places in the whole Queens. We were cycling there and not walking there because, if we needed a quick exit or escape, then we wouldn’t have to run the whole way. Though I knew that the smugglers will have cars. But still it’s better than walking. Anyways. My heartbeat was becoming faster with every turn we made. We finally reached the next street. We parked our cycles here. And started walking. It was quite here. Very quiet. We stopped at the turn. And exchanged a glance.
Jess said, “Ready?” “Always” I replied.
We turned. There were more cars parked here. And now it was dark. We hid behind cars. And went straight. There were people. Guys. Big guys. Muscular ones. Uh…. this is going to be difficult. Just like my arithmetic problems—
“Oh gosh!” I whispered, and felt Jess jump.
“What!?” She whispered back.
“I forgot to do my arithmetic homework! And I have to submit it tomorrow! No!” I whispered. Jess’s eyes grew bigger. And then her face–oho–it turned murderous,
“If those guys weren’t here, I would have definitely strangled you! You scared me silly, idiot, brat, I am going to kill you later if we are not killed here!” She said in a very breathless killing voice.
“You are always scared” I murmured.
“What?” She asked sharply.
“Noth-nothing!” I replied hurriedly.
We don’t have time to argue at the moment. We have to complete this work. Anyways. I could see people gathering. It meant that the deal had started.
Wait–um… they were coming this way, no–! it means that they possibly know that we are here! No! This can’t happen! We both exchanged a glance, and I saw Jessy’s face contract with fear. We both started backing, silently. —-But bump into someone behind us. And fell straight in the open hands of the same guys. Oh no! They caught us. How could they possibly know? Anyways! We struggled to get released. I tried to stamp the guy’s foot, but in vain! I threw a punch backwards, towards where I imagined the head would be, but it hit his shoulder, and oh gosh, it felt like I just punched a cement wall. I am going to surely have very bad bruises. Uh! Suddenly the crowd cleared. I heard Jess struggling too, in vain. And then Christina walked in. She smiled sympathetically, and whispered, “Sorry girls”
There was a flash and I felt a whitening pain on the back of my head. Before I got to know what happened, the world swimed, and everything blacked out.

Jessy
“What?” I asked sharply.
“Noth-nothing!” She replied hurriedly.
Uh, sometimes she can be such a—aha, the people are starting to gather. Great–no, wait no,no,no,no,no,no! They all are coming this way! Damn! We are stuck. We exchanged a glance, in which my doubt was surely confirmed that we were in danger, and my thought was totally fulfilled, we are going to die!
We started backing, as fast we could. And there was a thump! –noise, and the next moment we were on the hands of those masculine men! Gosh! They have a grip! I heard Cherry mutter in surprise, and then she started struggling. I didn’t waste a second, we had training for all these things in our school. And of course, Mr. Brown also gave us some tips. The most sensitive part of the body is your foot and then head. So, I was just about to stamp him, with all my force when I remembered that I was wearing my designer shoes! What! Why didn’t I change them, no, I would better punch him, and as I approximately punched in the direction, of where a normal head should have been, totally forgetting that the guy holding me was far away from normal. I simply felt as if my fingers are going to break apart. There is no way we will be able to get out of this. Uh! My knuckles, that will get brownish and blackish, tomorrow. Which is surely not going to look good with my blue nail paints. Whatever!
My heart was already pumping out, and it felt that it could stop anytime. Like ANYTIME. It really nearly stopped when first Ray whispered no! But now, there is no doubt left. The crowd started to clear, and in came Christina, she was smiling. And she said, “Sorry girls.” In a sort of way, which will make you think that you are going to be pushed from a mountain cliff. Anyways. There was not much time to think. First, I heard a low thud, and heard Ray collapse, and then. BOOOM! How cheap is it to handle international calls directly through your... 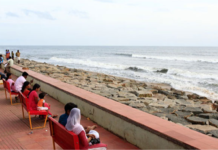