From a long time ago, we humans are dependent on the non renewable sources of energy like coal, oil and natural gas for the production of electricity.

How electricity was produced?

We all are familiar with the Benjamin Franklin’s famous experiment in which he produced electricity from a kite and key on a rainy day. Later many scientists performed many experiments in order to produce electricity.

Finally, electricity was introduced into people’s homes in the late 19th century.

The electricity was produced from non renewable sources of energy that is when coal, oil, and natural gas are burned in a power plant, the heat is applied to water and steam is formed, which then turns the turbine in a generator, and produces electricity. For the past few years we humans have completely utilised electricity for our beneficial purposes. As a result we’ve faced some serious environmental problems. These impacts include global warming, air quality deterioration and acid rain.

When fossil fuels are burned, one of the most significant gas produces is carbon dioxide, a gas that traps heat in the earth’s atmosphere. Other pollutants produced by fossil fuel combustion are carbon monoxide, nitrogen oxides, sulfur oxides, and hydrocarbons.

During the electricity-generation process, burning fossil fuels produce heat energy, because the process is inefficient, much of the heat is released to the atmosphere. Heated water, once returned to rivers or lakes, can disturb the balance of ecosystem.

Electricity from renewable energy sources produces a lot of green house gases which is harmful for the earth. Oil spills, for example, leave waterways and their surrounding shores uninhabitable. Such spills result in the loss of plant and animal life. Coal mining also contributes to water pollution.

Hydroelectricity is mainly produced through dams in which the potential energy stored in a water is converted to kinetic energy and later which is use to turn turbine.

The generator converts the turbine’s kinetic energy or mechanical energy into electricity. In this manner the electricity is produced without any emmison of harmful gases.

Solar panels are responsible for generating electricity which are located on the roof of any building. Solar panels convert sunlight into electrical energy.

Wind energy is mainly produced by wind mills which converts the kinetic energy in wind to generate electricity. This is done by using a large wind turbine, as the wind passes through the turbines it moves the blades, which spins the shaft and hence produces electricity.

Geothermal energy is mainly produced in Geothermal power plants that draws water from underground reservoirs to the surface to produce steam. This steam then drives turbines that generate electricity.

All these are methods are now being used by most of the developed as well as developing countries. The renewable sources of energy are eco-friendly as well as efficient form of energy for producing electricity.

We should spread awareness among people regarding how important is our environment for us and for our upcoming generation. It’s are foremost duty to protect our earth even by doing small contributions.

Trees helps to absorb carbon dioxide therefore we should plant more and more trees. We should not be dependent on the fossil fuels and should switch to eco-friendly sources of energy.

Renewable sources of energy are the future and we should use it as much as we can.

Know about Tata and the Community 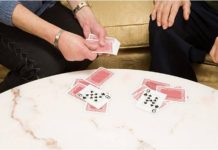 What Are The Benefits Of Playing Different Forms Of Rummy As... AN ENCOUNTER WITH PEOPLE’S FATE! Permissibility of Breaking a Law

WHAT IS PROOFREADING SERVICES