Someone not that important once said, “Life is a race, if you don’t run fast enough , you’ll end up as a broken….egg”. For the love of myself, I can’t remember that someone’s name. Something to do with Virus, I don’t know…

Moving on, we have already established that, life is a race. Well, if it is, then students aspiring to join prestigious colleges in our country must run faster than a cheetah to outrun their 315 million competitors to pursue any field of study in our country. Or instead, they could join a reputed coaching centre to further their knowledge and gain insight to real world awareness, right? Maybe, if students join coaching centres which have produced winners consistently in the last thirty years, they can become winners themselves. Because the teachers in those kinds of coaching classes know how to best prepare students, how do I know this? Well, those men posing on the bill boards with wide grins and two victory signs said so. Even if your parents don’t have that much money for both school and tuition they can always apply for a student loan or better yet! Forget about school and become non-attending students, save that money for coaching! Right?

I wish that I could say that I haven’t been burned by the craze of coaching before and my opinion is impartial to its core, but then, I’d be lying. Although, in my defense, I have narrowly escaped a gruesome tragedy when crowds of coaching maniacs tried to bludgeon my brain to the size of a pea, but fortunately for me, I ducked at the right moment and escaped miraculously unharmed. This counts as an achievement in my book and that gives me bragging rights as well as the holy duty to enlighten all my poor fellow sheep.

MY HUMBLE OPINION IN A NUTSHELL:-

I believe that in life, only one thing truly matters and that’s one’s own happiness. As I said before, it wasn’t something I realized until now. Another thing is, success will always remain out of one’s reach unless they start and continue to try diligently. Then again, success is over-rated, striving for excellence rather than greatness will always be a more fruitful endeavour. Don’t believe me? Well, you’d believe ‘Krishna’ from “Bhagwat Geeta”, won’t you? Or perhaps the genius ‘Rancho’ played by Aamir Khan from the block buster film “3 Idiots”? Whatever the case, the statement is actually based on a psychoanalytically proven fact, so it must be true. The coaching system is jagged, especially so in the case of our country and its simple-minded general populace.  In life, everyone does not necessarily achieve things in the same amount of time as the next person, therefore one must find their own pace. There are people who graduate at 21, but find jobs at 27. There are people who are drop outs, but they self employ themselves at 19. There are people who pass out at top of their classes from the most prestigious colleges but are the first ones to lose their jobs to automation. So on and so forth, there are more than a million examples which I can list to support my case. Remember, if life is a race then the only competitor is you, yourself.   Coaching Classes (or the Indian Education System, now that I think about it) do not offer any real world knowledge in any shape or form. They mainly help in shoving up mindless knowledge based computing tasks and encourages  rote learning. Thousands of coaching centres put up Billboards claiming that this year’s JEE MAINS or NEET or CLAT or NATA toppers came from their facility. Common sense begs, how can one topper belong to so many institutes? Are we really that naïve to believe anything written on a Billboard or newspaper? Reality is, more than a few toppers accept deals with these coaching institutes and allow them to print their names and pictures on their advertisements. ‘Flying’ to attend these establishments while dumping school, is a hasty decision.

WHY COACHING IS MAINLY ASSOCIATED WITH ENGINEERING AND MEDICAL LINES (BUT DOES EXIST FOR ALL PRESENT FIELDS OF EDUCATION IN INDIA):-

The reason for this almost entirely lies in the recesses of the disposition of this country’s people. Engineers and Doctors are claimed to be safer and more dignified career options. This flawed way of thinking pushes most Indian parents to force their children to choose these fields as their livelihoods, doesn’t matter if they aren’t interested in the slightest or they are confused themselves and proceed to follow the sheep mentality. Therefore, even though there are many Indian coaching institutes for many fields of study, naturally the ones preparing kids for JEE-Mains and NEET overshadows the rest of the lot. Funnily enough, more than 95% of the unemployed lot of India, are engineers.

COMPARISON OF THE AGE BEFORE THE COACHING BUG BIT INDIA, TO NOW WHERE IT IS CONSIDERED THE NORM:-

Truth is people do achieve their goals irrespective of the fact, that they joined a coaching institute or not. Indian People in the 70s or 80s will tell you so and so will I. Because it is not about wanting to do something, it’s about going ahead and doing that thing; it’s not about wanting to become someone, it’s about becoming what you always wanted. Joining a coaching facility does not equals to your success, Self- study and your own understanding and creativity will truly help you in life.

QUALITY OF PEDALOGY IN INDIA:-

Needless to say, quality of education and the methodology of teaching in India is lacking. Most of the populace here has a warped concept of education. This fact is reflected in the students, teachers, coaching facilities of this country. Did you know? That India is the country with the largest number of suicides, if only the causes ‘Unemployment’ and ‘Failure in Examinations’ are counted. The number of suicides has been constantly increasing day by day due to the excessive mental and psychological pressure and I was emotionally disturbed to learn that a student in Kota had ended his life just because he dropped from the first batch to the second one.

Also, the job of ‘Teaching’ is the most underrated and underpaid job in India. Nobody wishes to be a teacher, when in reality teaching is the most important job on this planet, they build, create and save lives. Owing to this detail, many better teachers opt for teaching in coaching facilities while school students have no option but to deal with it, or join coaching classes themselves.  So many students feel insecure and threatened by their coaching taking classmates, they feel their knowledge is inadequate compared to them.

First of all, the age of merely 17 or 18 years  is too tender to send a boy or a girl into a JEE or NEET battle by projecting it as a matter of life and death. The coaching system in order to show their presence has hyped JEE and NEET to the extreme (when that is not the case). 80% of the students in such facilities are genuinely clueless about what if they don’t make it to the other side safely. One can now spot students of class 6th to 10th in these coaching facilities preparing for JEE and NEET! The Indian government’s attitude too is lackadaisical, they seem eager to transform kids with brilliant potential into machines.

HOW CAN YOU TRULY EDUCATE YOURSELF?

“Our education system is percentage oriented… ultimately it is not marks which are important, rather it is the learning”, said Usha Ram, a former member of CBSE governing board. In the future, most careers would become automated, so the people who succeed will have to be curious and innovative with resilience to adapt to new changes. But the focus on most schools and coaching facilities in India is on regurgitating information and rigorous test taking. Today, Creativity is the most important leadership skill in all fields of education. Education facilities of not only India but the entire world today, idolize memorization of facts, following instructions and directions. They repress originality and encourage to compete with artificial intelligence, when instead we should develop our own unique human intelligence, work to discover if we can creatively solve real world problems. Teachers should bring joy in their classrooms, because any kid would turn nerdy when they unravel the beauty of truly learning. Parents should give their children the space to be themselves and be true. The grades of a child do not show their potential, or chart their future. And no matter what anyone tells you, words and ideas can change the world. 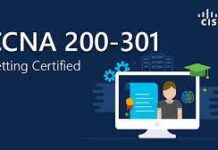 The Power of Time The Rise of Scientific Programming