Over the past few years temperature in summer has been rising extraordinarily extremely  . Places where summer temperature rarely crossed 26 degrees are now seeing temperatures hovering at around 40 degrees with increasing number of hot days.

The global average summer temperature has seen a rise of 0.4 degrees and the rate of temperature increase has nearly doubled over the last 50 years.

Why is summer getting hotter?

This dramatic increase in the temperature during summer is the consequence of global warming.

Global warming is the unusual increase in Earth’s average surface temperature primarily caused due to greenhouse gases. The more greenhouse gases in the atmosphere, the more warming that happens.

These gases have the property to trap some of the solar radiation entering the earth’s atmosphere. A certain concentration of greenhouse gases is essential to keep the earth warmer in order to sustain life. But their increased concentration results in more heat being trapped in the atmosphere.

The net effect is the gradual heating of the Earth’s atmosphere and an increase in surface temperature during the summer.

Let’s look at the factors that contribute to increasing concentration of greenhouse gases and result in higher summer temperature:

Electricity generation is one of the main cause of carbon pollution. 86% of our electricity comes from burning coal and other gases, while only 14% comes from renewable energy sources like hydro, wind and solar energy. Energy demand rises in summer due to increased use of ACs and air coolers which causes more greenhouse gases to be released.

A majority of vehicles are fueled via fossil fuels (like gasoline) and burning these releases carbon and other pollutants which increases the concentration of greenhouse gases in the atmosphere.

Trees help in regulating the temperature because they absorb carbon-dioxide from the air and release oxygen. Further, they also act as a natural air conditioner due to evaporation.

But large acres of forests are cleared every year, in order to harvest wood for making paper, to get clear land for farming and also to make way for residential and industrial areas.

About one-fifth of global greenhouse gas pollution comes from deforestation, making deforestation the second leading cause of increasing temperature.

Livestock like sheep, cow and rice productions produce methane. When livestock is grazed at a large scale the amount of methane produced is a big contributor to global warming.

Also, the use of nitrogen fertilizers during agriculture adds nitrogen oxides in the atmosphere which also causes global warming.

Cooling devices like refrigerators and AC are potent emitters of greenhouse gases, like CO2, methane, and chlorofluorocarbons, which erode the ozone layer and cause warming.

Another factor that adds to the increasing summer temperature is “concretization”.

Every year a large population moves from rural areas to urban areas, and to accommodate more people cities are expanding which leads to the construction of new buildings and roads. The main materials used for construction are concrete, bricks, and asphalts which absorb more and radiate less solar radiation causing the temperature to increase.

Let us discuss the adverse effects this dramatic rise in mercury during summer causes :

Considering the detrimental effects the increased temperature has on our environment, it’s high time we take some serious steps to curb this increasing temperature.

The various steps we can take to improve our community’s resilience to heat waves are:

This prevents the release of toxic gases in air as a result of burning wastes.

7.Turn off lights and electric appliances when not in use: This will help save fuel and reduce the load on power plants during the summer time.

8. Use sunlight to dry clothes rather than drying them in an automatic washing machine, also instead of using hot water from geysers bathe from cold water during summer.

10. Spread awareness and educate people about global warming, it causes and after effects. Using social media and conducting programs to share information for protecting our planet and tell ways in which they can contribute their part in saving energy.

After all the choices that we make today will determine the future of our planet and how its climate will be like.

Let us all individually take responsibility and play our role sincerely by following the above mentioned simple steps to avoid the worst potential consequences of global warming on us as well as our future generation. 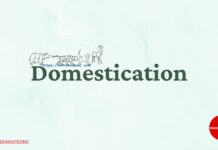