Edmund Murrow is a very famous American journalist who is  well-known for being a pioneer in the field of broadcast journalism in the United States of America(USA). Besides being renowned for his journalism and style of reporting, he is especially remembered and held in high esteem in USA even till today for being one of the bold journalists who raised his voice with conviction, emotion and also with clarity in one of the most turbulent and yet crucial times in the history of the country in the 1950s: against Senator Joseph McCarthy who had stared the so-called “Anti-Communist” witch-hunt in the country.

Joseph McCarthy and the rise of McCarthyism

Joseph McCarthy was an American attorney and politician who had served in the US Senate from 1947-1957. Born in Appleton near Wisconsin in 1908, McCarthy started his career as an attorney in Wisconsin itself before rising to the ranks of the circuit judge and serving as a judge from 1940-1942 before enlisting himself for the US Marine Corps during the period of the Second World War. Then just after the end of the war, McCarthy started to embark on a political career and he had secured the Republican nomination for a Senate election. Moreover, he had also achieved success in his debut election itself; recording an upset victory over Senator Robert Follette Jr in 1946.

After becoming a Senator, McCarthy was a quiet and undistinguished person but he soon attained prominence during a speech which he had given in Wheeling, West Virginia in February 1950 when he had publicly made the charges that 250 communists had infiltrated the State Department of the US government. This charge soon became the talk of the town and country and he soon acquired widespread popularity. However, when McCarthy was called upon to testify before the Senate Committee on Foreign Relations, he was unable to reveal the names of any such communists or people with such  affiliations in any of the government departments.

However, despite his inability to name any such people, he still continued voicing out such accusations and the worst thing was that he had soon gained popular and widespread support due to these accusations  as he had been speaking about them in a highly charged political climate in the country back then in the 1950s: it was the period of the Cold War conflict between the USA and USSR and the USA was also appalled by the advances of the socialist and communist regimes in countries in Eastern Europe and China. Moreover, the  Americans themselves were also becoming increasingly frustrated with the Korean War which was actually indirectly fought between the two nations with polarizing ideologies in the 1950s.

When McCarthy was re-elected to the Senate in 1952 and had also become the chairman of the committee on the Government Operations of the Senate and also of its permanent subcommittee on investigations, he proceeded to prove his accusations with evidence  as he soon  launched a nationwide virulent campaign which sought to find and weed out the so-called “communists” and people with such ideologies in  the government departments of the country. For the next couple of years till 1954,  he was in the forefront as he began investigating several government departments and questioning a lot of witnesses from these departments about their alleged communist affiliations by making use of his newfound power.

Although McCarthy had no evidence and also could not register strong or plausible cases against any of the people which he had investigated, his coercive and very high-handed way of investigating the witnesses along with the grand and colourful manner in which he had made these accusations, unfortunately ensured that the people who were accused of being “anti-communist” by him lost their jobs and livelihoods. Moreover, they were also subjected to a lot of condemnation and criticism by others.

This “anti-communist” tirade carried out by McCarthy and this was named as McCarthyism,  after McCarthy who was at the forefront of it  and this resulted in him attaining a very divisive image among his fellow countrymen: while he was a patriot and genuine guardian of the American values for his supporters and on the other hand, he was an errant and irresponsible witch-hunter who had destroyed the civil liberties of the country.

It was in this situation when Edmund Murrow, a distinguished radio correspondent with the Columbia Broadcasting System(CBS) had begun to shift towards the then emerging and popular  medium of television in 1949 and his weekly radio programme “Hear It Now” to the television as “See It Now” programme in 1951. Murrow could soon adapt to television successfully due to his reporting style and insightful commentary about current affairs  and he soon became a trusted voice for many of the Americans.

It was during  this dark period of McCarthyism that Murrow along with his friend, Fred Friendly had broadcasted a story about a lieutenant who had been dismissed from the US Air Force as his father and sister were accused of being Communist sympathizers in one of the episodes in the show in 1953.  However, CBS had refused to air this particular episode and Murrow and Friendly eventually promoted it themselves by advertising in the New York Times. Later, on March 9th 1954, they broadcasted an episode in the show  which publicly confronted and questioned the root cause of the problem: Senator McCarthy himself. By filming and presenting the audio and video clippings of McCarthy’s speeches, the episode addressed his virulent campaign and had also exposed his contradictory and poisonous ways and methods of investigation and speech. It had unveiled the true nature of McCarthy and had exposed him as a bully, hypocrite and a liar.

This particular episode from the programme was one of the factors which had precipitated the downfall of Senator McCarthy which was eventually brought the following month when the US Army had carried out a televised and nationwide hearing against him on accusations of subversive activity in the army. McCarthy’s baseless and fabricated charges were exposed and the Senate eventually condemned him for his notorious campaign and he was also replaced as the chairman of the Senate committee in 1954 after the Republican party had lost control of the Senate after the midterm elections that year. Then, McCarthy faded into oblivion as he was ignored by everyone and he soon died in 1957, before completing his second term as a Senator.

Significance of this event

This period is still a very stark, grim but also an important reminder of how executive power can be misused and abused by the elected representatives and how it  can also result in the people facing torment, leading to the loss of their basic liberties and  ushering in paranoia and  fear in the country. Most importantly, it also shows the need for people such as journalists and public intellectuals rising up during such hard times like how Murrow did and question and hold such people accountable for their actions and misdeeds. They should also question such types of people so that their misdeeds and abuse of power will be exposed and the people of the country will be also saved from them. It also provides a valuable lesson that journalists and public intellectuals should never fail to question and address injustice and hardships in their country and it holds true even till today. 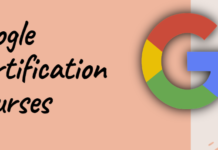 Tips for Converting Your Junk Car Into Cash The Voynich Manuscript – The Beauty of an Enigma