Cinema is the most powerful and complex form of art which influence our contemporary lives and give us an overview of events happening around us. It also provides us knowledge and experience by shedding light on political and spiritual matters which in turn opens our eyes to new ways of thinking, feeling and pursuing our lives. One such movie that influenced many people and achieved immense commendation and awards for its noteworthy storyline, cast and direction is ‘Titanic’.

Titanic is an American, epic romance-disaster film which was written, directed, co-produced and co-edited by the world famous Filmmaker, James Cameron in 1997 with Kate Winslet and Leonardo DiCaprio as the lead cast. The story is about two youngsters from different social backgrounds who fell in love aboard the ship. Inspite of being a fictional love story it is considered as one of the best love stories of all time.

RMS Titanic was the biggest luxurious ocean liner of its time which was designed by British naval architect, Thomas Andrews Jr and built by William James Pirrie, a leading British businessman and shipbuilder. The captain of the ship, Edward John Smith was so confident about the construction and  advance security features of the ship that he declared, “Not even the God can sink Titanic”. The ship carried 2,200 passengers and other crew members during its ill fated maiden voyage.

On April 15, 1912  when it was sailing from Southampton, Great Britain to New York, United States of America it collided with an iceberg and after 2 hours it broke in half and sank in the depth of the ocean. The sinking of Titanic caused an outrage all over the world and gained   media attention. Some claimed that this fatal incident happened due to negligence, lack of satisfactory emergency services and shortage of lifeboats. Over 1,500 people including the captain were frozen to death in the icy cold waters of North Atlantic ocean.

The story is about a 17 year old girl named Rose DeWitt Bukater (Kate Winslet) who boarded the ship of dreams  with her mother. She is incessantly forced by her penniless mother to get engaged in order to marry a rich, supercilious businessman named Cal Hockley (Billy Zane), to continue living a luxurious life. But Rose hated this proposal and she tries to commit suicide by jumping off the ship. Luckily she is rescued by Jack Dawson (Leonardo DiCaprio), a poor boy from third class steerage, and they became close friends. Eventually they fell in love.

As seemed well but destiny had other plans for them. When they heard that the ship would sink soon due to the collision they decided to stand together and face the destiny. Jack didn’t even care about his life and helped Rose to mount a wooden panel buoyant enough for only one person. He also assured that she’ll live a long life and die as an old woman warm in her bed. Jack finally dies of Hypothermia (death due to prolonged exposure to cold).

James always had a fascination for ship wrecks and always dreamt of undersea expedition. He thought that the amalgamation of  love story with the human loss would be essential to convey the emotional impact of the disaster. This idea encouraged him to create such a splendid and evergreen movie. The most astonishing thing is that the cost of ship was $7.5 million which is far more less than the amount spent by Cameron and company to make the film. Titanic was co-financed by Paramount Pictures and 20th Century Fox and was made with a production budget of $200 million.

Titanic was the first film to reach the billion dollar mark with an initial worldwide gross of over $1.84 billion. Furthermore it was the only Hollywood film to gain immense success in India. On April 4, 2012, a 3D version of this movie was also released  to commemorate the centennial (100 years) of the sinking of HMS Titanic, due to which it earned an additional $343.6 million worldwide. It was the highest-grossing film of all time until the epic science fiction movie Avatar which was also produced and directed by James Cameron surpassed it in 2010. It is also included in list of movies to watch before you die. Again in 2017, Titanic was re-released to celebrate its 20th Anniversary and it is selected for preservation in the United States National Film Registry.

Titanic was released on 19 December 1997 in theaters and achieved significant critical and commercial success. The number of accolades bestowed upon the movie is endless.The movie was nominated for 14 Academy  (Oscar) awards and won 11 including :-

The story of Titanic will be told again and again for countless generations. There is no one in this world who is not fascinated by this heart- touching story of true love and tragedy. It also teaches us that destiny is uncertain and we all create our own destiny by our deeds. So we should always count our blessings and spread positive vibes to make this universe a better place to live in.

Travelling to the UAE?Visit Al Ain for a Change! 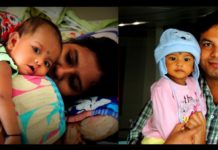 The Baccarat Online – What Every one Of Us Should Know...