The zodiac Killer is a self proclaimed serial killer who terrorized the America from 1960s to 1970s.  In his time,  he committed about 37 murders in total but police could only find  seven as definite victims.  He taunted the police and media for years and sent a total of eighteen letters throughout his career which included the four cryptograms as known as ciphers. only one of these cipher could be solved until now other all remains unsolved. He would always begin the letters with ‘ Dear editor this is Zodiac speaking’ .He was a notorious psychopath with a moral trauma received in childhood. In his  letters he also outlined his plans for the murders of the future.  He murdered and killed victims in San Francisco, Benicia,  and lake Berryessa between December 1968 and October 1969. He targeted three women and four men between ages 16 -29 out of which only 2 survived. His first murder  as recorded was on 20 December 1968 two college students a 16yr old Betty Lou Jensen and 17yr old David Faraday were enjoying a date in their car.  Suddenly the killer entered their car in  a parking lot and shot David on the head. He died in the car by a single bullet but betty managed to jump off the car and ran away from the killer, but she was gunned down just about 10 meters from their car.  The killer shot Jensen five bullets through her back. The bodies were found a few minutes after the murder but policemen were unable to detain the murderer who escaped in the car. Six months later in July 1969 another murder was committed. Darlene Ferris and Michael Mageau parked their car when someone came up to their vehicle. A man came out shined his flashlight and shot them both. The killer fired five times and the couple was hit and perished while the killer drove off. Ferris died but Mageau survived and was able to tell about it. The very next day a man called the police and claimed the responsibility of the killings. On 27 Sep 1969,two students Bryan Hartnell and Cecelia Shepard spent time at a picnic by the Berryessa lake. A man in a hood and black glass approached them and stabbed them and ran away. Soon he called the police himself to tell about the crime. Shepard died from her injuries but Hartnell survived.

In Oct 11,1969 a taxi driver Paul Stine was killed in his car by a passenger. Zodiac cleaned all his traces by a piece of victims shirt. After some days a newspaper received another zodiac letter this time round it’s contents were part of stine’s shirt to prove that he was the one who was behind the murder of Stine. On the night of March 22,1970 Kathleen Johns with her little daughter was driving to her mother’s house. The driver behind her told her that something had gone wrong with her car and offered his help. Both Kathleen and her daughter got into the car. The man drove more than a hour without stopping and told them he would kill them. Both of them jumped out of the car and hid in a nearby field. The killer tried to find then but then he gave up and drove away. Kathleen got to the police and gave the description of the killer. The exact number of victims of zodiac is unknown. So there are also those people who are suspected to have been murdered by the zodiac Killer.

The investigation of zodiac Killer continued for many years .Police put forward different version and found more and more suspects. The police tried there level best to investigate over 2500 potential suspects and the findings always nullified the outcome  of results.  Authorities had several suspects in their sight over the course of years but none fit as well as Arthur Leigh Allen. He was a California school teacher sent to Atascadero state hospital in 1975 for child molestation.  . Also Allen owned and wore a zodiac brand wristwatch. Although authorities had all interesting leads on Allen but they had no conclusive evidence that he was the zodiac killer. The handwriting analysis and Allen’s fingerprints did not match the fingerprints they had found in one of the crime scenes.  However despite the DNA results,  Allen was released because of lack of evidence.  Unfortunately the investigation came to a dead end.  Allen died from a heart attack on Aug 26,1992.

The case of zodiac killer was the first such case in US when the killer surrounded himself with glory.  The possible motives of the zodiac killer for his crimes are obsession with astrology, resentment towards romantic relationships and a superiority complex. The following things are specific to the attacks committed by zodiac. The victims were young couples, the attack occurs on weekends, the criminal acted in dark, robbery was never a motive of crimes, killer used variety of weapons, the killer tended to claim all the crimes are committed by him, the victim was in the car or near it . The zodiac killer also became infamous for his signature which is a circle with two perpendicular lines running through it vertically and horizontally like looking through a gun’s scope. The zodiac choice in victims indicates a possible sexual inability that developed into hatred towards male and female pairs.  Also the females that he killed all died mercilessly from his hands this shows his hatred towards relationships with women. The most important factor in zodiac superiority complex was media attention. He is considered as the most infamous uncaught serial killer of this century. The world may never know the truth behind the zodiac’s killing, but speculation may never die. The scariest thing of all is that this maniac was never caught and to this day his identity has been a complete mystery. 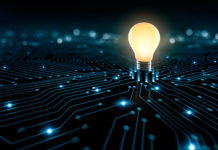 Transformation of People’s Lives Through Electrification