Dr.Ramakant Panda is a management director, principal consultant for cardiovascular thoracic surgery and vice chairman. He is considered as the best surgeon in India, Dr. Ramakant Panda has performed over 20,000 cardiac surgeries including over 1,000 Redo Bypass surgeries and over 3,000 high risk surgeries. Dr. Ramakant Panda was born on 3 April 1954 at Damodarpur village of Jaipur district. He was trained in cardiac surgery from all India institutes of medical sciences, New Delhi. From Cleveland clinic, USA, Dr.Ramakant Panda finished has successfully completed his fellowship training under Dr. Floyd Loop, who is a pioneer of Bypass surgery. This achievement was followed by two years as an Associate staff Sr. Registrar at the Harefield Hospital, in the United Kingdom, training under Professor Magdi Yacoub, who is considered, as one of the foremost cardiac surgeons in the world.

His specialization is in Coronary Artery Bypass Grafting using only arterial grafts, besting heart surgery, redo bypass surgery, valve repair, and complex aneurysms. He is one of the finest heart surgeons in the world. His bypass surgery success rate is 99.7%. Due to his leadership, Asian heart institute is one of the best, heart hospital in India. ISO, NIAHO and JCI accreditations has stated that Asian heart institute is amongst the accredited hospital.

He is the first in India the country to present the idea of ‘Total Arterial Revascularization’ and was recognized and acknowledged amid his peers as one of the pioneers of the ‘off-pump’ bypass surgery, high risk surgery and redo bypass surgery. He was awarded with the India’s third highest civilian award, the Padma Bhushan. The central board of Taxes, Government of  India, has bestowed him with the prestigious Rashtriya Samman for being one of the highest taxpayers during the assessment years 1994- 95 to 1998- 99.

Setup the Sarla Madan Charitable trust in Orissa, the Asian Heart Charitable Trust, and helped hundreds of economically handicapped patients. Medgate today honored Dr. Ramakant Panda for being one of the 25th living legends in the healthcare of India and as the best heart surgeon.

He actively promotes a healthy lifestyle for India and his comments and counsel are widely sought after by the Media. He has issued educational posts to the nation on several incidents. On world Heart Day he addressed the country and spoke on why taking statins, as efficacious as they should not replace living healthily in the battle against heart disease. The health partner of the prestigious Mumbai Marathon is AHI. Utkal University, Orissa and Utkal Ratna by the Oriya Sahitya Samaj have conferred Degree of Doctorate in Science to Dr. Ramakant Panda.

Due to firm effort of Dr. Ramakant Panda with extremely proficient doctors and other specialists, Asian Heart Institute has exceptional outcomes.  Special nurturing attention of critical patients, particularly for high risk patients led to some of the best outcome in the world. Furthermore, this is maintained by perceiving to a very firm patient procedure, 24- hour intensive care of patients in ICU by doctors. Dr. Ramakant Panda in the past few years performed cardiac surgeries on many high-profile members of the Indian government.

Panda has also performed many successful cardiac surgeries that are widely recognized to have been extremely complex and challenging. Dr. Ramakant Panda performed six lifesaving procedures at a go on a 56 years old, Omani citizen Qassin Nasser Sultan Alriyani, who was gifted 2nd life. After he had his heart cut open twice in 2 different countries, Alriyani was lastly revived back from death by the cardiac surgeons at Asian Heart Institute, Mumbai. Puspa Saraf, endured a 5th time successful operation to supplant the Ascending Aorta and Aortic Valve in 2016, by Dr. Ramakant Panda.

In conclusion, no matter how difficult or complex a case might seem to you, a real doctor should never give upon the patients. Dr. Ramakant Panda is a living god on Earth. He has saved so many life whether the person is rich or poor whether he/she belonging to any caste or creed, a doctor’s responsibility is to save the lives of his/her patients. This rule applies on each and every one living on this Earth. We should always focus on our responsibility and fulfill it.

How Technology Is Playing A Decisive Role In The Online Casino... 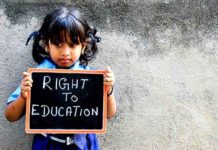