“Dreams are not what you see when you sleep, it is something that does not let you sleep”

This quote by Dr. APJ Abdul Kalam beautifully depicts how he became the 11th president of India from a boatman and newspaper seller. In the year 1963 in Rameshwaram, he carried rocket parts from the cattle shed which was his laboratory to the launch pad created by him and his team members beside the sea coast of Rameshwaram. This provides us with a clear scenario of the hardships he faced during the launch of the first rocket in India. Although he lacked resources and could have made excuses, he tried his best to succeed, and finally, he succeeded. He was a down-to-earth man and never boasted about his achievements. He used his downtime wisely by earning money from selling newspapers and supporting his family at the mere age of 10 years. He read the local daily, ‘The Dinamani’, and studied his books diligently at night under the kerosene lamp(lantern). His parents also supported him even though they themselves were in darkness. He was a well-cultured boy of average looks, but because of his hard work and perseverance, he changed his destiny and became the President of India from 2002 to 2007. What drove him into aeronautical engineering is that his teacher, Mr. Siva SubramaniamIyer took him and his classmates to the beach and taught them about the mechanism used by birds for flying.

In numerous instances, he was humiliated and failed. But what astonishes us is that he never gave upinspite of numerous failures. One incident was when his teacher saw him (a muslim) sitting with a high temple priest`s son, RamanandShastri. He was made to sit at the back of the class. In one of his speeches, he told that the best minds of the nation can be found at the backbenchers of the class. Another incident was during the failure of SLV-3 in 1979. He was broke at that time and feared to reply to media after the whole world watched the failure of SLV-3. But his prof. Dhawan consoled him. They went to attend the media conference. Prof.Dhawan took all the responsibility of the failure on himself and assured the media that they would be successful within 1 year. Moreover, it was their first trial. By this way, prof.  Darwin handled the media elegantly. When the press conference ended, Kalam was deeply touched. He, from this incident, came to know how to handle failure.After 1 year, they were successful in launching the SLV-3 missile. However, prof. Dhawan handed the microphone to him on his success and asked him to address the audience.

From then onwards, If he won, he would give the credit to his team members. If he lost, he would take the credits himself. This is called selfless work.

Moving on to the early life of APJ Abdul Kalam.

He was born on 15 October, 1931 in Rameshwaram of Tamil Nadu and was a boy of average looks. With his sheer determination, hard work, patience, and learning nature, he survived those hectic days.

Dr. Kalam`s Career As a Scientist

After his college, he got a scholarship by which he went to NASA

In his life, APJ Kalam made a remarkable achievement was becoming the president of India. He is the missile man of India. He was conferred with numerous awards

The major achievements of APJ Abdul Kalam include:

During his last days, he gave lectures to students in Tamil Nadu. When he was asked about how to become successful by a student, he gave the success mantra:

What we can learn from him is that we should never give up on our dreams. Failures are inevitable, and they should not deter us from achieving our desired goals. Through perseverance, determination and hard work, we can create wonders. Dr. APJ Kalam is a source of inspiration for all. From 1931 to 2014, this hero of our country made drastic progress in our country, India. Welcome to India today. We have made a lot of progress since independence. Havent`t we? We should try to contribute to our country like that made by Dr.Kalam. He started his journey from a normal child who sold newspapers and turmeric seeds to becoming the 11th President of India from 2002-2007. The nation wants more progress in various fields. We should strive to achieve progress in various fields with his success mantra. The nation is yelling, yes! We Indians would remember this hero of ours forever.

How to Write Dialogue in an Essay

AN ENCOUNTER WITH PEOPLE’S FATE! Why we use VPN? 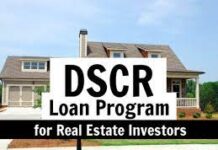 The process of getting a birth certificate and how the Government...