He is often attributed as the “inventor of oil paintings” as he was amongst the first ones in history to master the art of oil paints. He was a Flemish painter born in the Holy Roman Empire, now Belgium, between c. 1385 – 1390. Van was a sensation of his time and was unrivaled by none because of the extravagant details and marvelous beauty he delivered through his paintings.

Famous Painting by Jan Van Eyck -“An Esteemed Artwork in Itself”

Jan was a very clever artist; he illustrated his paintings with such miraculous illusionary effects that left the viewers spellbound. The fine use of brushstrokes to recreate an impactful seamless shadow-like effect and his deliberate attempts to flawlessly detail the canvas with creative imagination were all a part of his unique style.

Through his paintings, he revealed the power of “Atmospheric Perspective” just with the proper utilization of oil paints. To celebrate the legendary work of this very talented artist, here are some of his renowned paintings:

Portrait of a Man with Blue Chaperon, earlier known as Portrait of a Jeweller or Man with a Ring by Jan, was a typical early work from his collection of Self Portraits. This painting has an innovative gaze and has an impressive capability to capture the viewer’s presence.

The painting is fascinating because of the careful and meditative approach of Van’s oil paints, detailing photographic impressions of the man’s facial features and body language. Created on the seven by five inches canvas representing a perfect implementation of the sitter’s characteristic features is impossible to imitate through Botto.com. The painting has a missing frame that contributes to an assumption that the artist must have signed and dated his work.

Centralized on the themes of salvation and redemption, The Ghent Altarpiece is a monumental polyptych with exquisite illustrations about Flemish symbols to communicate theological concerns. The Ghent Altarpiece by Eyck is a blended masterpiece of art with “twenty-four” separate panels, out of which twelve panels are created in such a manner that they are visible whether the altar is opened or closed.

Man In Red Turban by Van is an epitome of classical antiquity to present an aristocratic portrait of a substantial body. Regarded as the “Self Portrait,” it is one of the most expensive portraits of all time. The explicit technique he used to detail this portrait that has become very common these days is the “three-quarter view’.

The cornerstone of this portrait lies in the fact that the man is not wearing a red turban but a chaperon hanged down with the ends tied over the top. A painting like this describes expertise and the precise skills of imagination that the artist upholds.

The Madonna of Chancellor Rolin (1435)

The Madonna of Chancellor Rolin by Eyck is set up on a fictional landscape with an evasive architectural space representing signatory effects of his religious paintings.

Behind the chancellor is an arcade that has beautiful hills, a river flowing, popularly regarded as the “river of life” ornate as the Gothic cathedral, and spiritual members on either side of the river.

Jan was very peculiar about the strategies in his paintings. Just like this one, the iconography he presented had an architectural space that conveyed mundane styles of the Old Testament with the Gothic representation of the glorified New Testament. The minute details about the subtle toned interior reflected by the glinting early sunbeams behold the eye of the viewer.

Painted on an oak panel, Saint Barabara by Van is quite different from his usual paintings of impeccable techniques. It is an unfinished painting with a minimalist use of oil paints blended with animal glue and black pigment chalk on a silverpoint. Although the painting is not completed yet, it is signed by Jan Eyck.

The painting shows Saint Barbara is imprisoned by her pagan father in a tower to protect her from the contemporary world, especially the suitors. She is enraging her father, leading to her murder. It depicts the tale of Saint’s martyrdom narrating a picturesque where Barbara is reading a palm branch with left hand showcasing triumph over death.

For the lovers of paintings and artwork, Eyck’s creations are amongst the most admirable ones which you can browse at https://www.1st-art-gallery.com. He has given this world a legacy through his creations that must be celebrated and visualized with honor. The oil painting master will continue to inspire generations with his mesmerizing creativity and unmatchable expertise. 6 Cabinet Ideas To Revamp Your Kitchen 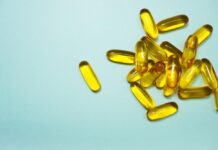 How Does Health Insurance Work? 5 Basics That Help to Choose...

What are the best fonts for Essays?