There are many famous Malaysian athletes. Although Malaysia is not known for producing world-class sprinters or record-breaking athletes, they are still a gem that can become legends in their own games. Today’s introduction of an athlete who brings glory to my country, Malaysia, is Dato’ Muhammad Azizulhasni bin Awang. He is a professional track cyclist given the name of “The Pocket Rocketman” due to his small stature.

Azizulhasni won his first medal in the 2009 World Championship. It was a silver medal in the individual sprint. The 2008 Olympics in Beijing were Azizul’s first participation in the Olympics, but he failed to qualify for the final. In 2012, he finished sixth at the London Olympics. He had a chance to get into the finals, but the 20 cm splinter injury hampered his dreams. His debut Olympic medal came at the 2016 Summer Rio edition Olympics and it was a bronze in the individual keirin. He was calm and under control to race well in the competition. Azizul was not satisfied with the bronze medal at the 2016 Rio Olympics. He aimed for a gold medal at the 2020 Tokyo Olympics. Azizul’s most impressive achievement is winning a gold at the 2017 Hong Kong UCI Track World Championship on April 13. He became the first Malaysian to wear the rainbow jersey which is desired by many athletes. This jersey has been awarded to the reigning world champion in every cycling discipline since 1927.

Azizulhasni Awang was born in Dungun, Terengganu, Malaysia. He is the eighth of the nine children in his family. He received his primary education at Sekolah Kebangsaan Batu 48 at Kampung Pak Sabah, Dungun. Azizul’s secondary school is at Sekolah Menengah Kebangsaan Sultan Omar, Kuala Dungun. Then, he was transferred to the National Sport School in Bukit Jalil. Azizul took up cycling at 10 years old before he was discovered by his first cycling coach, the late Rozimi Omar, who died in 2015. He was rewarded by his late father with a bicycle for his excellent UPSR examination results of 4A 1B. After his PMR examination, he received 3 offers from MRSM, the Science School and the Sports School. He ultimately chose the Bukit Jalil Sports School due to his interest in cycling and his ambition to be an athlete.

Azizul graduated from Victoria University in Melbourne, Australia in the major of sports science. He was the first non-Australian athlete to receive a Blue Award from the university in 2015. Behind a great man, there’s an outstanding woman. Azizul married his wife Athiah Ilyana Abd. Samat in 2010 and they live in Melbourne with their two daughters, Amna Khadeeja and Amna Maryan. Azizul has an understanding wife who sacrifices a lot to make a way for him and his career. Azizul felt thankful for his family’s support and trust.

Besides his wife and two lovely daughters, there is another man who is the mastermind behind his success, John Beasley. John Beasley is the national track cycling head coach. Azizulhasni started training with him in 2007 and John took him to the next level until he became a respected cyclist. He said that John understood the true value of the World Championship. Azizul felt grateful to have John by his side this whole time.

In the 2020 Tokyo Olympics, Azizulhasni won a silver medal in men’s keirin for Malaysia. The 33-year-old father-of-two shed blood, sweat and tears for success in the Tokyo Olympics. His success and dedication made Malaysians proud to see him contribute to the second medal after the Badminton pair of Aaron Chia and Soh Wooi Yik won a bronze for the country. The 2020 Tokyo Olympics is the 4th straight Olympic exposure for Azizulhasni since the 2008 Beijing edition. He won 2 Olympic medals, a silver and a bronze for Malaysia.

Azizulhasni was honoured to receive the title of Datuk. He was surprised and this title had given him added motivation to win the Olympics. The recognition is believed to be the right decision as he is also a 10-time Asian Championship gold medallist. His contribution to the country has created a remarkable history. We Malaysians feel grateful for his great efforts and achievements. “Nothing is impossible. You just need to find the best way to do it, ” said Azizul in the interview while he was asked about chasing aspirations and making dreams a reality. His passion, determination, and achievements make him at the top of his game. I believe all the Malaysian athletes are proud to call themselves their own, including him, Dato’ Muhammad Azizulhasni bin Awang.

Cryptocurrency brokers: where is the best place to trade? Most Effective Types of TikTok Ads for Marketers Should The Law Be Broken 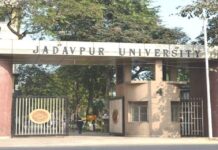 All About Dato’ Lee Chong Wei