The Indian stock markets boast of more than 2,000 companies listed publicly for trading. These companies come from various important sectors of the Indian economy. Over the years, thousands of investors have made a profit by successfully investing in many of these companies. In this article, we will take a look at some of the largest companies in terms of market capitalisation, in a few of these sectors. All of these companies are a part of the Nifty 200 index.

In the Banking and Finance industry, there are two big players that dominate heavily when it comes to market capitalisation.

First up, we have the State Bank of India (SBI) whose market cap, as of September 18, was a little over Rs.2,50,300 crore. It is a leading player in the public banking sector and investors sentiments continue to be high, despite its troubling bad loans problem. For the year ended on March 31, 2018, SBI reported a net loss of a little over Rs.6,500 crore on account of provisions and contingencies for non-performing assets (NPA).

However, owing to the intervention by the Reserve Bank of India on this front, it is expected that public banks, particularly SBI, will soon reduce their NPA count.

In the private banking sector, HDFC Bank leads the way with an astounding market capitalisation of more than Rs.5,40,000 crore, as of September 18. The bank has outperformed its peers by a considerable margin on the back of strong management and a good grip on its bad loans. It has delivered a strong performance year-after-year and it is expected to continue the same in the future too.

In this sector, we have Larsen and Toubro Limited leading the front with a massive market cap of more than Rs.1,88,000 crore as of mid-September. Financially speaking, the company has done an astounding job. For the financial year 2017-18, it reported a sales turnover of a little over Rs.74,000 crore while making a profit of Rs.5,300 crore. It is worth mentioning that the company’s profit rose for the ninth straight quarter.

The company has been tasked with various projects covering important segments like infrastructure, defence, power transmission, and heavy engineering. Of this, roughly 70% of the orders came from the government while the remaining came from the private sector. With this in mind, the company expects a 12-15% increase in the revenues for the ongoing financial year.

On the second place is Adani Ports whose market cap, as of September, was a little over Rs.79,000 crore. For the year ended on March 31, 2018, it reported a sales turnover of a little over Rs.6,500 crore while reporting a profit of Rs.2,408 crore. Its margins are certainly better when compared to that of L&T, although its market presence isn’t that significant. Nonetheless, this particular scrip makes for a good buy.

The pharmaceutical sector in India is expected to grow considerably in the coming years. This will be driven by the improvement in medical facilities and a substantial increase in the penetration of health insurance in the country. Secondly, Indian pharma companies are capitalising on export opportunities with the U.S being their primary market.

In terms of market cap, the largest company listed on the Indian bourses is Sun Pharmaceuticals Limited. Its market cap, as of mid-September, was observed to be a little over Rs.1,55,00 crore and its shares around the same time were trading at levels close to Rs.650. For the year ended on March 31, 2018, the company reported its net sales to be at Rs.26,066 crore. However, considering its US sales, the figure dropped down considerably on account of the USFDA approvals and regulations.

Right behind Sun Pharma is Cipla Limited with a market cap of roughly Rs.14,000 crore.

In the oil & gas industry, Reliance Industries Limited stands at the top with a massive market capitalisation of more than Rs.780,000 crore. The company is primarily engaged in the business of exploration and production of hydrocarbons along with refining and marketing of petroleum products. In addition to this, Reliance has active business interests in petrochemicals, retail, and digital services.

For the year ended on March 31, 2018, Reliance Industries Limited reported a consolidated income of Rs.4,30,731 crore – a growth of 30.5% y-o-y. Its net profit also moved up by 20.6% on a yearly basis. Analysts expect the company to keep up with the current performance on the back of developments in its operations regarding Jio and the developments in the oil industry.

When it comes to the service sector in India, information technology is among the leading contributors. Investors have often flocked to IT stocks in the hopes of making a profit and on numerous occasions, they have managed to deliver good returns.

On the top, we have Tata Consultancy Services Limited. Its market cap, as of September 18, was a little over Rs.7,90,000 crore. The company caters to a broad spectrum of industries like banking & financial services, communications, automation, retail, consumer goods, energy, healthcare, et cetera. For the year ended on March 31, 2018, the company reported an increase of 10% in its revenues over the previous year.

Right behind TCS is Infosys Limited – one of the most popular IT companies in India. The scrip, as of mid-September, is trading close to its 52-week high at Rs.720. Just like its peers, Infosys too offers its digital services to various industries such as transport, agriculture, healthcare, et cetera. Its market cap, as of September 15, is a little over Rs.3,10,000 crore. The scrip has been quite bullish in 2018 owing to positive developments in the company. The announcement of bonus shares in 1:1 ratio also did well to bode investors’ confidence.

Even though these companies are leading players in their respective sectors, there may other viable companies for an average investor to invest in. Therefore, before investing in any company, it is strongly recommended to research thoroughly and consult a financial advisor. For more information on stocks, you can visit Bankbazaar.com. Going through will help investor a great deal. How to Determine a Shitcoin’s Quality How Are Instant Business Loans Helping Women Entrepreneurs in India? Choose the Best Earphones for Your Daily Commute 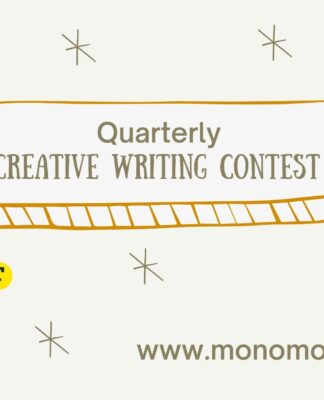 PPF Calculator – Why and How to Use It?

What is a Good Rate of Interest of Personal Loan?